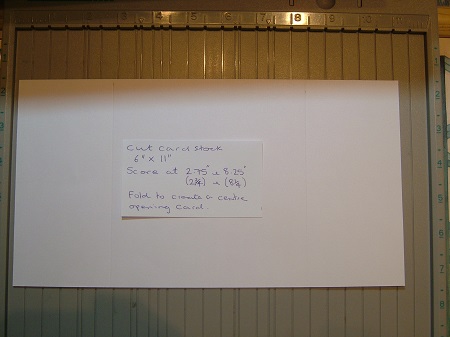 2. Trim a tiny slither from one side at centre fold. Doesn't matter which side, to create a slight gap for the slide mechanism to work. 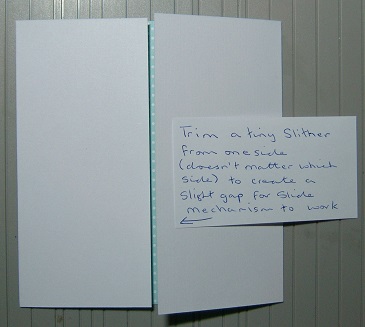 3. You can see in the picture below the small strip that I cut off and the resulting gap. 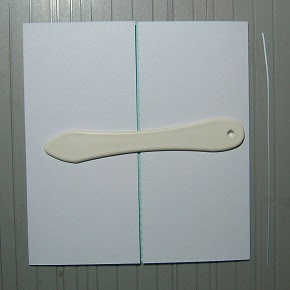 4. For the mechanism part you will need 4 pieces of card stock cut to 4" square. 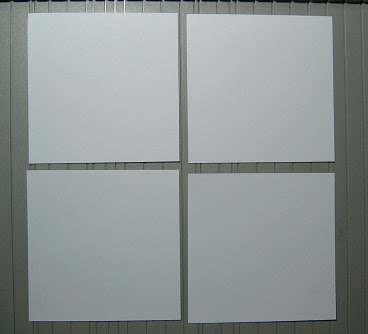 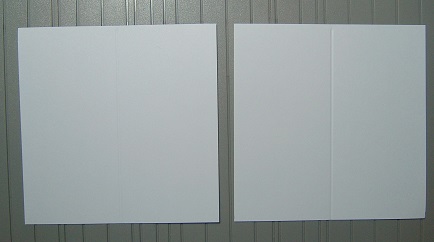 6. Use Double sided tape (or wet glue if you prefer) and adhere around all four sides on one of the folded pieces. Repeat for the second folded piece of card. 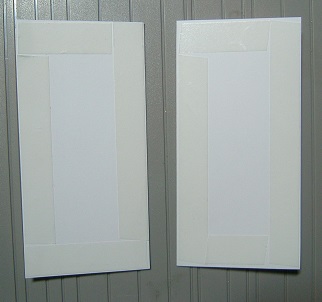 7. Take one of the remaining 4"squares and stick one half piece card to one edge making sure that the fold is to the center of the card. Then repeat with the second half folded card. The fold on both pieces should be to the middle of the 4" square
as shown below. 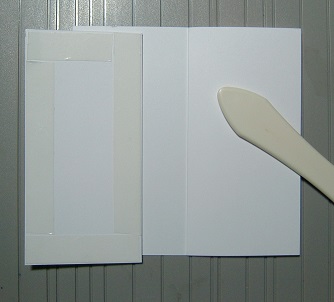 8. The fold on both pieces should be to the middle of the 4" square as shown bel 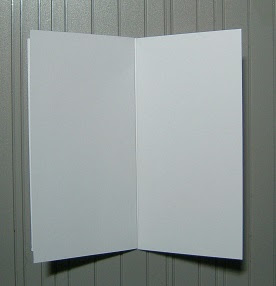 9. The mechanism should look like this below when stood up and looking down on the top. 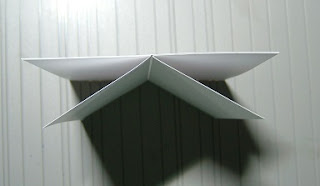 10 To complete the mechanism the last 4" square needs to be adhered to the front.
Make sure you use enough d.s. tape or wet glue to be sure that it is stuck down securely. 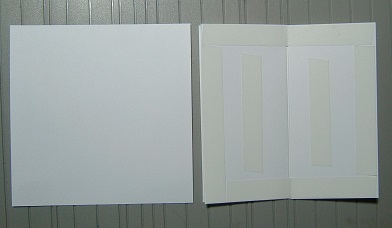 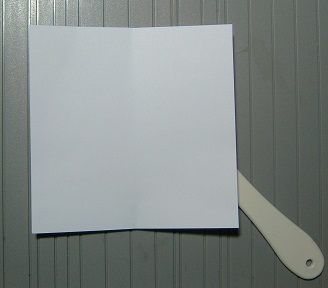 12. Lay the base card down side ways and slide the mechanism down the gap at the centre making sure that each flap that you created at picture No9.  is held securely  behind the card front so that it slides up and down the gap easily. 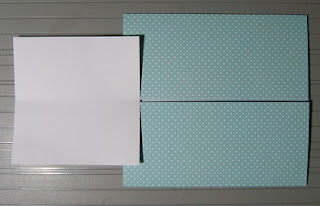 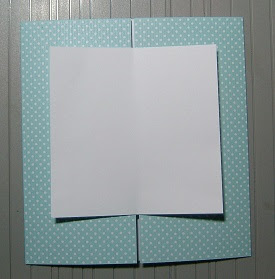 14. Here is mine decorated as an example. 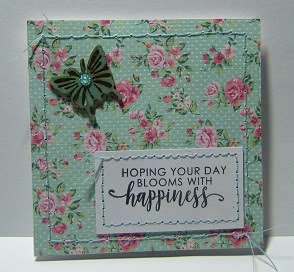 Version II
1. This is very similar to version I (and is put together in the same way )but uses a circle for the mechanism instead.
2. The base card is made slightly smaller as the circle looks better on the smaller measurement so cut your cardstock to be 5" x 11"
3.Die cut 4 circles  (3.25" diameter) and fold two of the circles in half. 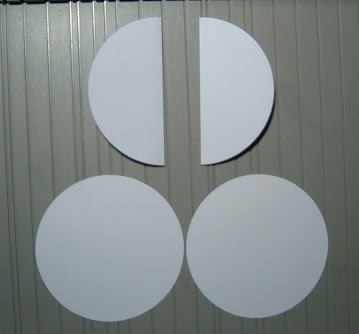 4. Adhere the two half circles in the same way as the instructions at No 7. above on version I. 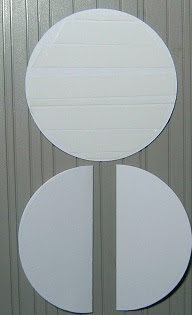 5. Make sure the folded edges are at the centre of the circle. 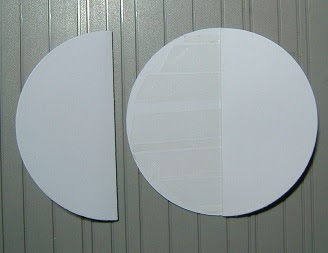 6. Adhere the 4th circle to the front of the mechanism. n.b. I have used really thin d.s.tape to make sure that it is securely stuck down as the mechanism will get a lot of usage. 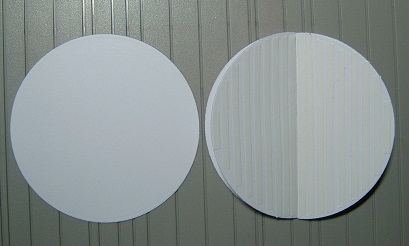 7. Decorate the front of your circle mechanism as required. I used a further die cut  circle (2.5" diameter) to attach my die cut butterfly to with 3d pads for added dimension. 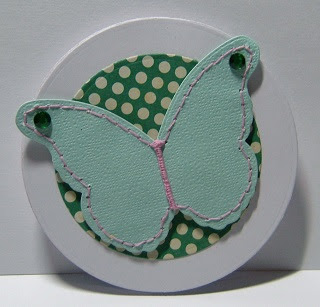 8. Decorate  your card base as required.  Here is my example below. 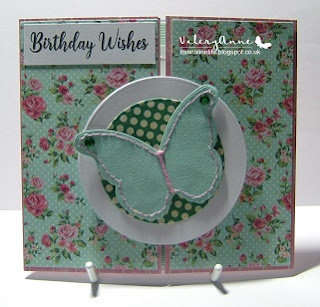 Gorgeous and not one I have made. xx

Cool. Might have to give this a go. Hugz

Not seen this before, clever slider. Thanks for sharing your tutorial. 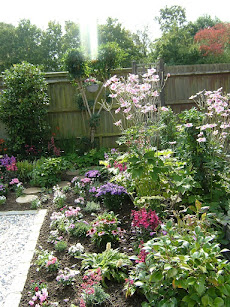 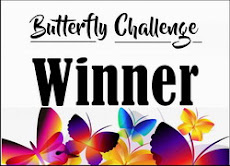 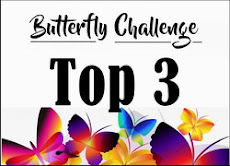 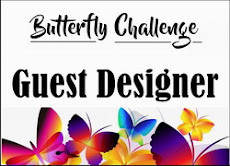